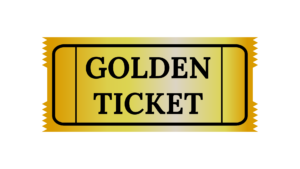 Please leave your details to enter the competition, and we will be in touch if you’re one of our lucky winners. Good luck!

Top tips and guidence straight to your inbox. Be the first to know each time we post an update.

Sign up with your email address to receive news and updates.

It’s hard to keep up with the current financial support that’s on offer for businesses, so we thought we would break down the changes that were recently announced by Rishi Sunak. If you would like more information on the various schemes discussed in this blog, head over to our Covid-19 support page.

The key change announced, was the extension of the Coronavirus Business Interruption Scheme (CBILS). The CBILS scheme was set up with the intention to support small and medium-sized businesses, with an annual turnover below £45m, in order to access bank lending and overdrafts. Originally, registering for the scheme was due to close at the end of September, however this has now been extended to November 30th, with lenders having until December 31st to fund successful applications. The Government guarantee, which covers 80% of each loan, has also been extended from six to ten years, which gives lenders the ability to offer longer term loans.

An application extension of November 30th was also provided for the Bounce Back Loan Scheme (BBLS), which was put in place to provide small businesses with a fast-track finance scheme that would provide a vital cash injection. This scheme will also be extended from six to ten years, which will significantly reduce the average monthly repayments to better help businesses get back on their feet.

Many businesses were eagerly awaiting news of what was to follow on from the furlough scheme, which has proven a lifeline for many of the most severely impacted businesses. The chancellor unveiled the new Job Support Scheme, which will begin from November and will subsidise employees working reduced hours and will be active for six months. Although detailed rules apply, the scheme broadly results in the government covering a third of the cost of any time when an employee is not working, up to a cap of £697.92 per month. The remaining two-thirds will be split equally between the employer and employee.

Other changes include an extension of 5% VAT for the hospitality and tourism sectors until the 31st March, and allowing businesses to spread their previously deferred VAT bills over 11 repayments, instead of one large lump sum in March 2021.

There was also mention of a new loan guarantee scheme that is due to be launched in January, which plans to replace the Government’s existing initiatives.

If you would like to discuss these changes, or how they affect your business, feel free to contact us and speak to a member of Team SAS.

Top tips and guidance straight to your inbox.